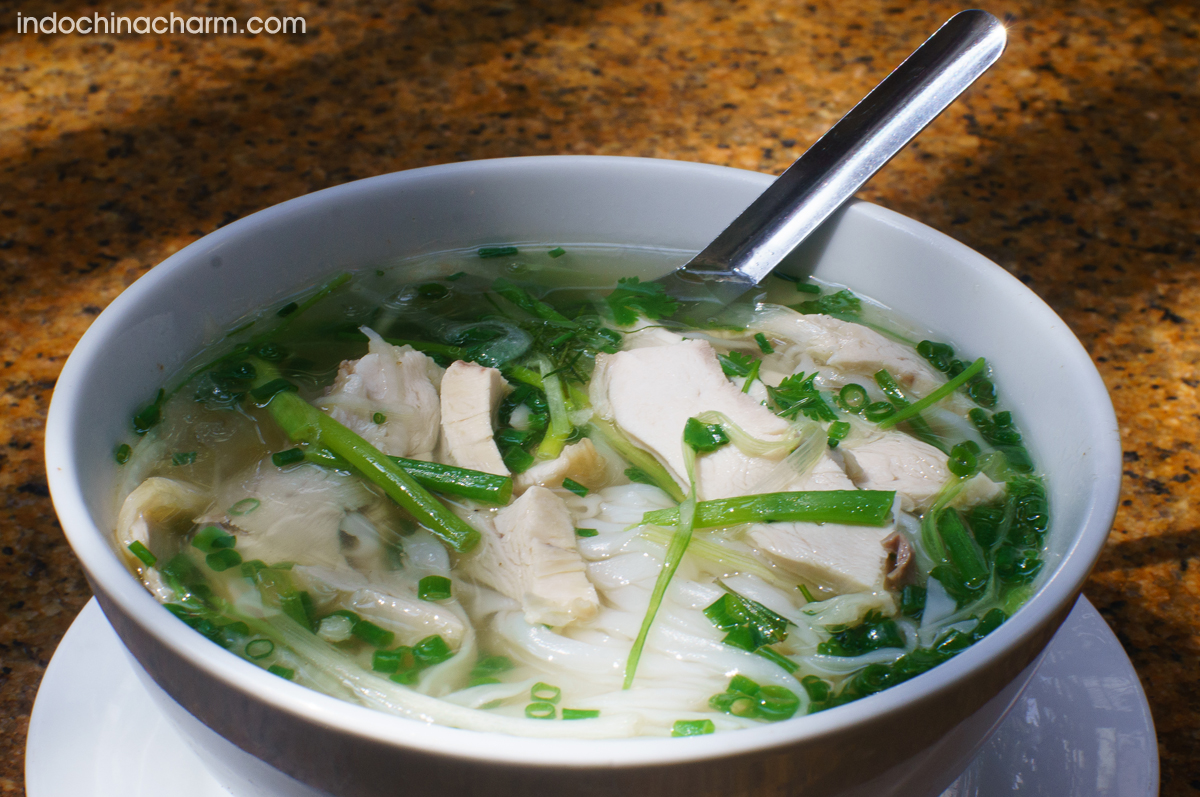 What makes “Pho” the most popular street food in Hanoi?

In Hanoi, Pho (The noodle soup with beef or chicken) is definitely the most well-known and popular Vietnam food culture. It is so famous so in many countries they even did not translate the word PHO to their language. You can find PHO in most of the streets in Hanoi, which normally just a small family runs restaurant. Recently, there is only few popular restaurant they extended their business as franchise like Pho Ly Quoc Su or Pho Cuong Hang Muoi. The rest of well-known Pho restaurants in Hanoi are still very happy with their business in old and small restaurant like Pho Tu Lun, Pho Thin, Pho Bat Dan, Pho Suong or Pho Bo Hang Dong… (Read more about Best Pho restaurants in Hanoi) They even never ever thing having new branch for their restaurant, as they happy with their income, and they really want to keep or control their quality with the special know-how passing down within family from father to son.

Different Types of Pho in Hanoi

There are two main kind of this typical Hanoi street food : Pho Bo (noodle soup with beef) and Pho Ga (noodle soup with chicken) that Pho Bo is much more popular. You should have Pho Bo or Pho Ga in separate restaurant as the way of making the broth very different, and the broth is most important element for the good PHO. If you see the restaurant selling Pho Bo and Pho Ga in the same broth, it is not proper way the have PHO.

The good broth of Pho Ga normally made from chicken broth, chicken bone, and chicken feet with cinnamon, cardamom, grill shallots cooked for at least 3 hours. The good broth of Pho Ga need to be sweet but clear and having the good taste of cinnamon, chicken and grill shallots. Vietnamese people prefer to black meat better than white meat of chicken and they serve Pho with addition of spring onion, coriander and basil.

Link to Where to Eat in Hanoi here !

How to cook a good Pho?

The good broth of Pho Bo is quite different. They have to cook it from cow bone, cinnamon, cardamom, grill shallots, grill ginger cooked for at least 8 hours. They also boil the beef very well in this broth so the beef broth is thicker, tastier and also fatter with strong taste of beef. So you can see why they cannot mix these two broths for Pho Ga and Pho Bo.

The noodle of Pho called “Banh Pho” in Vietnamese that can show you so well how it has been made. Banh means steam pancake, not a noodle. They steamed the liquid of rice flour to be thin pancake then slice it to the noodle. So Banh Pho is totally different to regular round noodle from China or spaghetti.

They serve PHO by the way putting noodle after soak it in the boiled water in the bowl, then put the chicken or beef on top of the noodle, then add sliced spring onion, coriander and basil on top before pouring the boiling broth into the bowl. So Pho is good for all kind of weather but the best would be for the cold winter of Hanoi.

Many people they are serving Pho with Quay (the fried Chinese Bread). I also like to have PHO in this way too.

Each of Hanoian could have their own favorite Pho restaurant. It can be somewhere near the place where they live or the famous one in town, that can make them take a long drive to get there just for their favorite breakfast. Pho can be good for breakfast, lunch or dinner and you always can find the Pho restaurant open in Hanoi 24/7. Like in Hanoi Old Quarter, there are few restaurants of Pho just open from 2 AM to 5 AM just on pavement of busy street in the day for people working late or just come back from bar or discotheque. And they all clear after 5 AM.

My record is 3 and half days just having PHO, and still feel good, healthy and not fed up of this dish at all.