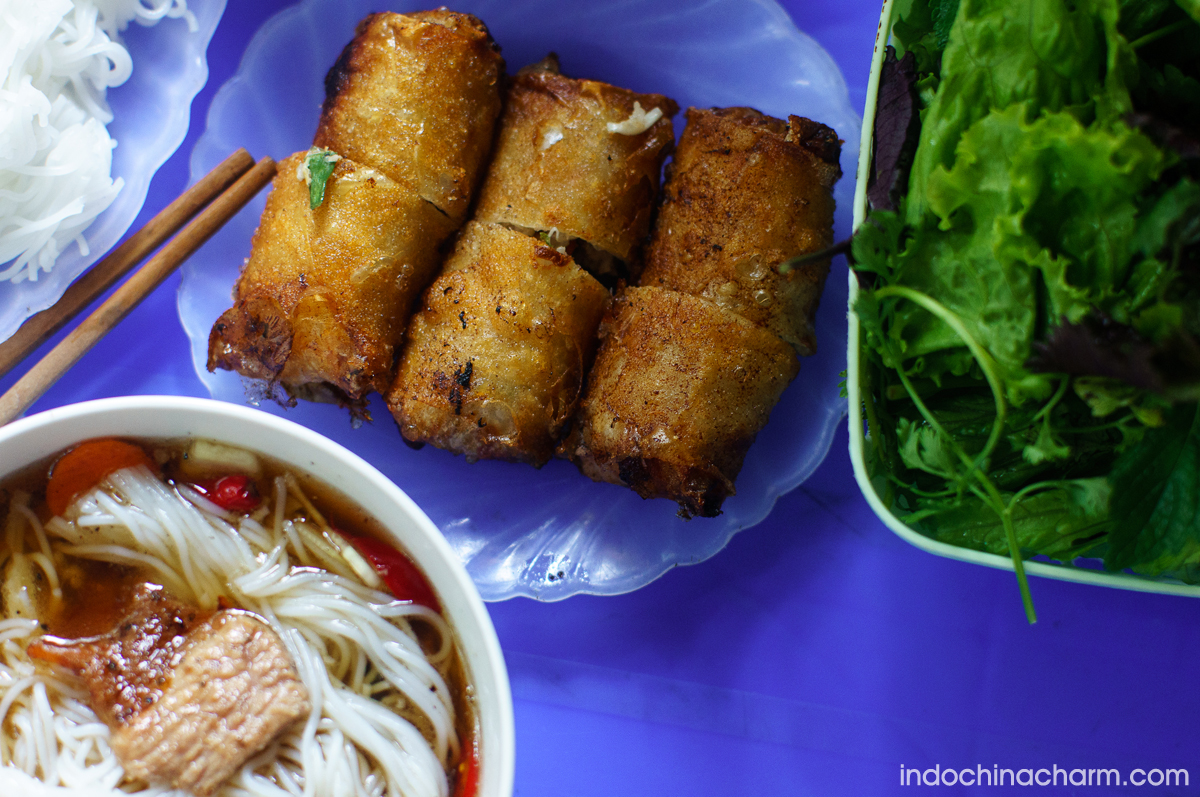 Together with the noodles soup Pho Hanoi, “Bun Cha” is also the most popular street food in Hanoi. You can easily find Bun Cha in many streets in Hanoi. Or just simply follow the attractive smell of barbecue pork. It consists of rice noodles, BBQ pork, fresh vegetable and authentic sauce made from fish sauce, vinegar and sugar. There is an option of having the spring rolls with Bun Cha.

The pork will be barbecued after being marinated on the char coal. The pork can be either sliced or minced one. And it tastes great after well being barbecued on the char coal. Definitely, BBQ pork is the most important recipe for Bun Cha. “Bun” means rice noodle and “Cha” means barbecued pork. The sauce of Bun Cha made from mixture of fish sauce and sugar, vinegar, water, chili, garlic and black pepper. This sauce decides how good the Bun Cha can be. And the way to make it is the know-how of different restaurant. Mostly Hanoi people have Bun Cha for lunch, not also for breakfast or dinner like Pho. We serve Bun Cha with rice noodle (Bun), fresh herb and vegetable, and spring rolls. And the most important is barbecue pork put in the bow with sauce. You can add more chili, vinegar, black pepper based on your taste. Then enjoy it !!!